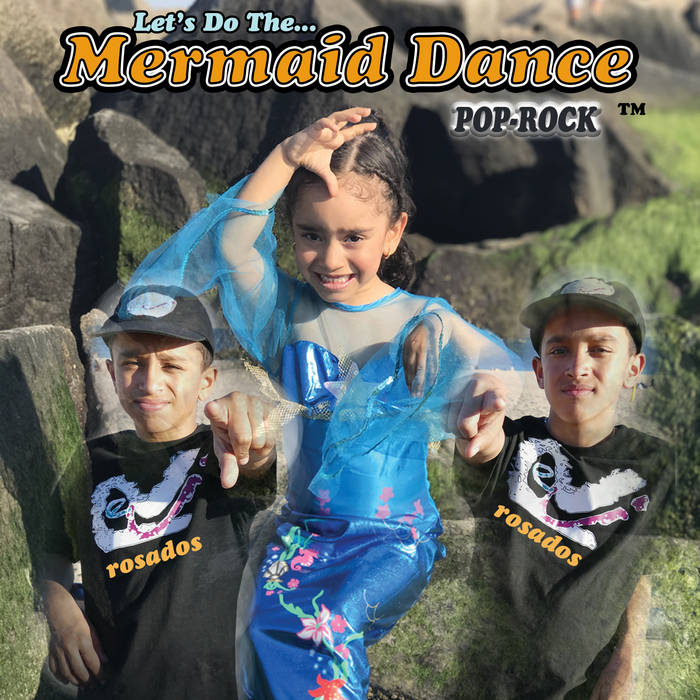 Eric & John Rosado were discovered by Professor David Musial in October 2016 when he was invited conduct rehearsal sessions for a children;s Christmas concert near the Statue of Liberty. They were the first boys to volunteer to sing a solo and to play trumpet (Eric) and Drums (Eric) in a performance of “The Little Drummer Boy”. They still had their high pitch little boy voices at the age of 12. They were always on time for rehearsals, they were dedicated and their MOM Maria was awesome. Musial proceeded to make a separate recording of their performance and released it on the “MusicTech Kids™” Volume 3 Album. They entered the MusicTech Kids program and started to learn about keyboard playing skills, as well as basic music theory and just as exciting, about Music Technology software and how to make “tracks” for songs!

After finishing their second song “Shooting Star”, Prof. Musial asked what should we write about next? We can see the “Parachute Ride” tower at Coney Island, lit up at night from the windows of the very unique SkyRoom Studio, when’re the MusicTech Kids program was “born” and operates. Prof. Musial asked the guys (their voices are changing… LOL) if they have ever been there and they answered NOT YET! (Optimists!). So the idea was born… “What is it like, to go to Coney Island”… but then Eric noticed an animated image of the constellation “Virgo” on Musial’s “SkyView iPhone App” and mom said, “it looks like a MERMAID”! Musial then asked if they ever had heard of the “Mermaid Parade”. He had never been to it, so they goggled some YouTube videos, and presto… the lyrics of this song were created. (Parents… use caution with the YouTube searches, some of the videos are not G-Rated.)

They then opened GarageBand and Logic and “whipped up” a basic track. They just turned 13, so they had to find a new “key” to sing! The guys learned how to sing 3-part harmony with the suggestion from the Canadian Pop Start “Brady®” who also records at SkyRoom and he had listened to the works-in-progress! This then gave Musial the idea to invite his father “Timmy Cudmore” a.k.a the “King Fish Man™”, to play some incredible Lead, Rhythm & Bass guitar tracks on the “POP ROCK” version… hey, the KING FISH MAN” likes “MERMAIDS” too! LOL. Since the guys love the EDM of video games, they also explored a POP EDM mix!

In early june the guys made 2 visits to CONEY ISLAND and in the public streets and on the public beach & boardwalks, they filmed a slap-stick, wacky music video with Angelika (12), Maciej (8) and their super-star-in-training ‘lil sister Sophia (5)! Look for it on the MusicTech Kids YouTube channel soon!

VERSE 1
Life as a guy can sometimes make ya wonder why The curves on the Cyclone, thrill you in the sky When I look in the sky and see a sexy constellation... The curves that I see make my adrenaline go high! I wonder what it’s like to ride the Coney Island Cyclone I’ll ask my brother to go ya know I hate seeing mermaids alone
Do you think that they will be impressed when I ride the crazy rides
To go on a date with a mermaid, as she sites by my side

VERSE 2
Hot dog stands are “popping up” everywhere on the beach
This “Nathan” dude is cool, he’s the ruler of the beach Today
is the day, when all the mermaids swim up to play I hear the marching bands now starting the mermaid song to play
It’s the famous Mermaid Parade and today is the day, I’m gonna kiss my first Mermaid and it will make my day! I can’t wait to watch this wild Mermaid Parade If I kiss her will she disappear, will it cause an Air Raid?

Annette & Elzabeth Johnson live in the metro NYC are and are encouraged by their mom, Jennifer Bhathena to write, sing, act and dance! Prof. David Musial is their MusicTech Teacher and has know these little angels since birth! They have five songs recorded at this time and may have a full album out soon! ... more

Bandcamp Daily  your guide to the world of Bandcamp